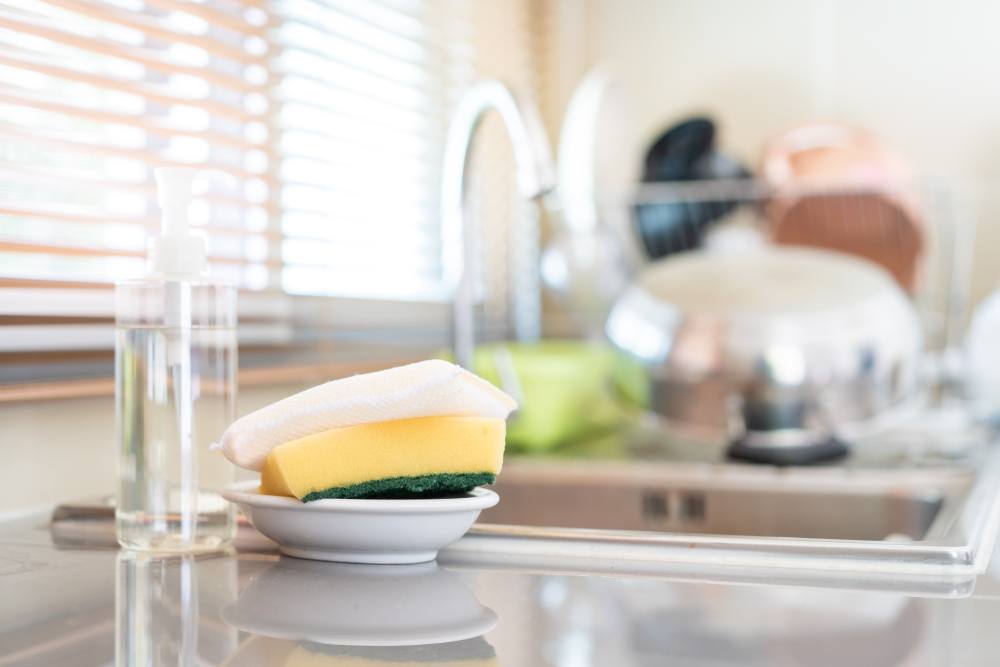 Using your sponge until it disintegrates

You might have cleaned and sanitized the sink area, the countertops and other surfaces that you use for food preparation but when was the last time you replaced your sponge?

You might think you’re cleaning and destroying harmful bacteria but if the sponge you’re using looks like a science experiment gone wrong, then it’s all for nothing. According to a 2017 study published in Scientific Reports, kitchen sponges can carry around 362 different kinds of bacteria, and you’re spreading all of them all over the place.

Captain’s tip: Sponges of all sorts should be replaced every two to three weeks. In the meantime, they should also be cleaned and sanitized. One efficient method is to damp the sponge and put it in the microwave for a couple of minutes to eliminate germs and bacteria. Another method would be to put it in the dishwasher along with your dishes, suggests McManus.

Not removing all the bits of food stuck in its crevices will only facilitate the growth and spread of bacteria.

RELATED: Bacteria and Viruses in Your Own House? You Should Clean Now!

Warning: These 10 Foods Can Give You Terrible Heartburn

Top 11 Most Dangerous Foods and Drinks for Diabetics

Blood Clots After COVID Vaccine? This Is Who Is More Likely To Get Them