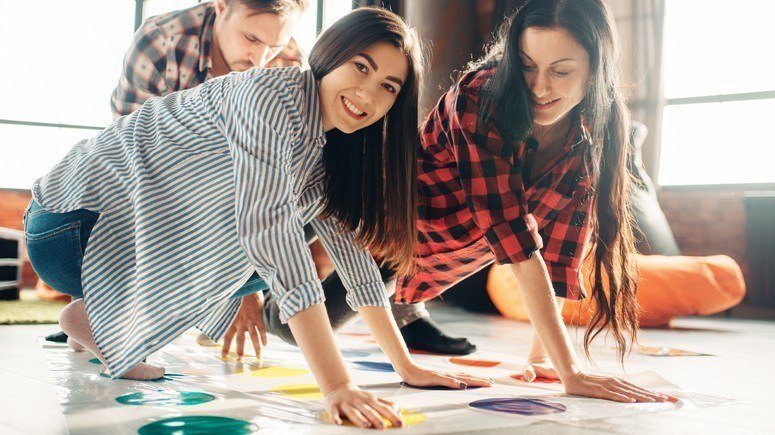 Whether it is isolation, quarantine or social distancing due to the coronavirus outbreak, these 7 family games will help you and your loved ones stay entertained, in high spirits and make the best out of this difficult situation.

If you want something humorous and fun to play with the kids: Not Parent Approved Card Games for Families

This hilarious card game is a children-friendly solution to pass the time with restless kids aged 8 and over. Inspired by the adult game Cards Against Humanity, Not Parent Approved Card Games for Families requires players to answer funny questions by filling in the blanks, each player choosing a card from their hand that they think best matches the question.

The answer cards are insanely funny and ludicrous, so expect strange combinations and tons of laughter.

If you want something that requires some movement: Hasbro Don’t Step In It! Unicorn Edition

This 4+ game is so much fun that even adults won’t be able to stay away from playing it. Don’t Step in it! Unicorn Edition makes a fun indoor activity that prompts players to mold the rainbow-colored compound to look like piles of unicorn “magic” on the plastic playmat. That’s when the fun begins!

You can either dodge or step in the piles of poop, while blindfolded.  Whether you run, jump, walk as you make your way through the strategically placed obstacles, laughter and fun are guaranteed, no matter what.

If you want something that involves strategy and skill: Unstable Unicorns Card Game

Speaking of unicorns, this strategic card game can be played by teens aged 14 and over, in the 2-player variant and a large 7 player group with extension packs. The goal of Unstable Unicorns is simple: you have to be the first that collects 7 unicorns. However, as simple as the concept seems to be, as tricky the game, because all other players will stop at nothing from becoming the one and only Lord of the Unicorns.

In 2017, Unstable Unicorns became one of the top 100 most backed Kickstarter projects of all time and won the People’s Choice Award for Toy of the Year in 2019.

If you want a faster-paced game with your family members: Monopoly Fortnite

There’s nothing like playing a game that brings out the best in two of the most popular games of all time. Unlike other themed monopoly games, monopoly properties are not just renamed in Monopoly Fortnite and the focus is not on how much you own but how long you survive.

Instead of monopoly money, players have to earn Health Points and avoid “storms” unleashed by their opponents. The last player standing wins the game. Monopoly Fornite is recommended for 13 years and older and can be played by two to seven players.

If you want to get into more complex board games: Catan

If Monopoly is not your thing, then Catan (previously known as Settlers of Catan or Settlers) can surely bring out the competitive side in you. One of the most popular board games of the decade, Catan is also a game best played with a poker face and a good set of bluffing skills.

It can be played by 4 players who become “settlers” and have to build up individual settlements while trading resources. The bigger your settlement, the more points, which means you have to make use of the tactic and foresight skills under your belt. Side effects include less TV, less social medial and the best laughter you’ve had in ages!

If you want to test your balance and flexibility: Hasbro Twister Game

Add a twist of fun into your daily routine with this wacky classic! The concept of the game is simple, as if you didn’t already know: you have to put your hands and feet at different places on the mat without falling over. Someone spins the spinner, then calls out the body part and the color the arrow points to (left hand green, right foot yellow). As the game progresses, players become entangled until someone falls over.

It’s the perfect game to bring families and friends closer together, literally!

If you want to add a pinch of mystery to your family games: Clue Game

Who murdered Mr. Boddy of Tudor Mansion in his own home? “Was it Plum with the wrench in the library? Or Green with the candlestick in the study?” Or Mr. Orchid, the new suspect?

Use your detective skills to search for clues in the mansion’s rooms, analyze the weapons and interrogate the house guests in this redesigned but still classic whodunit game. The player who correctly accuses Who, What, and Where wins! The Clue game is as fun as it is challenging, and your children or grandchildren will absolutely love it!

6 Ways to Tell Your Partner You Need Some Alone Time