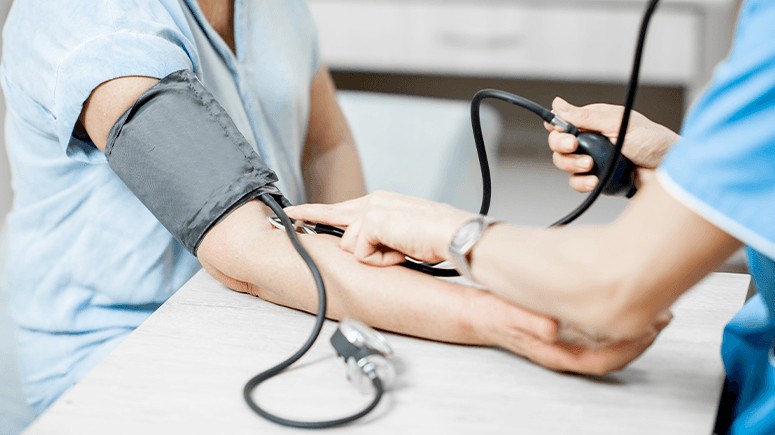 Look after your heart so you can take care of your mind. At least, that’s what most studies analyzing the link between Alzheimer’s disease and heart and blood pressure suggest. Researchers have indicated that high blood pressure can obstruct the supply of nutrients to the brain, linking nutrient intake to brain biomarkers and a higher risk of AD.

According to Jeff Keller, director of the Institute for Dementia Research and Prevention at Louisiana State University in Baton Rouge. “High blood pressure, uncontrolled, causes damage to virtually every organ system. It shouldn’t be surprising that the brain, the most vascularized and energy-dependent organ of the body, is greatly the most damaged by fluctuations in blood pressure control.”

RELATED: This Alzheimer’s Drug May Increase Your Hospitalization Risk. Here’s Why.

Based on extensive research, not only hypertension can increase someone’s risk of developing Alzheimer’s. Orthostatic hypotension (OH), lower blood flow and pressure when sitting or standing, has also been linked to a higher AD incidence.

Due to the fact that the body cannot properly supply the brain with blood during posture changes, it is believed that orthostatic hypotension can have a long-term negative impact on neural activity, caused by the lack of oxygen in the brain. This leads to a 20% increased risk of cognitive impairment and decline, such as Alzheimer’s or dementia.

One good news, though, is that Love Wins: Alzheimer’s May Be Reversed with Oxytocin, Study Says.