7 Most Powerful Superfoods for a Flat Belly 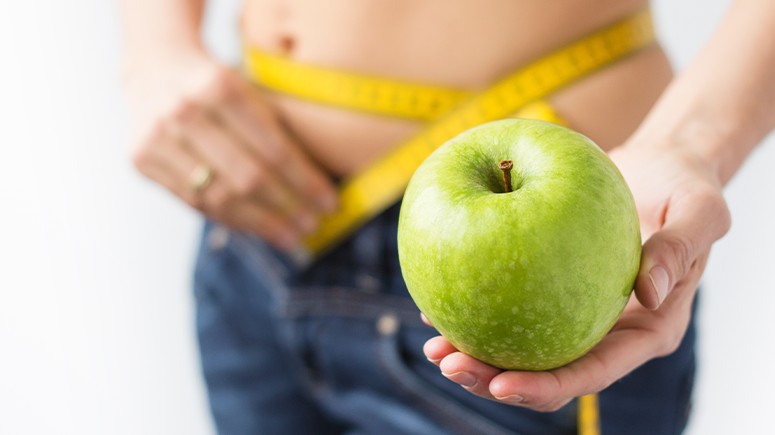 Superfoods for a Flat Belly

You’ve probably heard the phrase “abs are made in the kitchen”. That’s about 80% true, given that what you eat is mostly responsible for the way you look and the rest is supplemented by exercise.

If you’ve got the exercise part covered, then you’ll be happy to find out that we’ve also got you covered with a groundbreaking list of the most powerful superfoods for a flat belly. These will help you melt the fat and obtain the flat, summer-ready stomach that you’ve been dreaming of for so long. 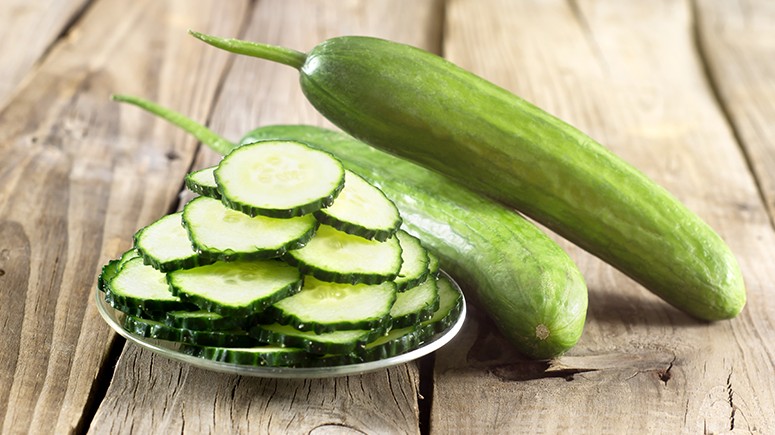 Superpower: Their 95% water and fiber content makes them a powerful tool in detoxing and reinvigorating your metabolism, reducing bloating and water retention. 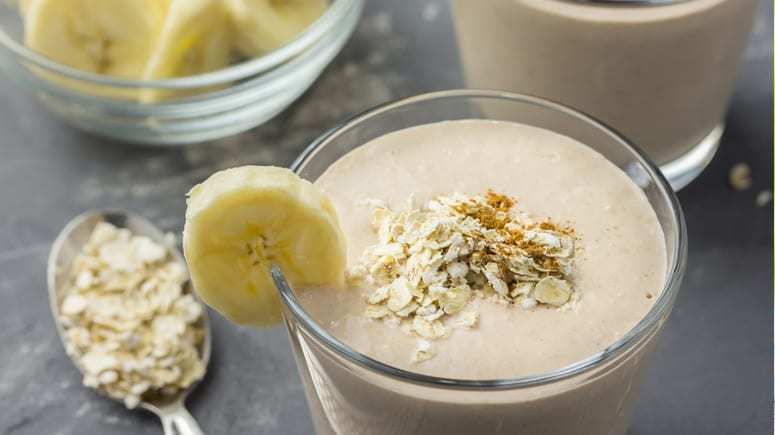 Bananas have a bad reputation in terms of their carb content but they are actually quite effective in terms of slimming down your waistline. The reason? They pack huge amounts of potassium which acts as a natural diuretic, stimulating the release of extra fluids and sodium out of your body.

Superpower: The potassium and soluble fiber in bananas can help you fight belly bloat, relieve symptoms of constipation and lose excess water weight. 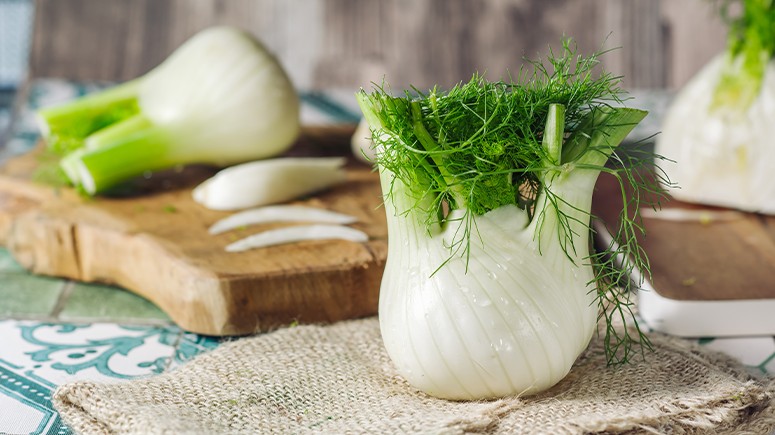 Fennel is a perennial herb with lots of benefits for weight loss. It is a great source of fiber and antioxidants and minerals such as magnesium, calcium and iron, all with impressive effects on burning belly fat. Fennel has been used as a digestive aid for a long time, relaxing the gastrointestinal muscles and de-bloating your stomach.

Superpower: Fennel contains volatile oils such as estragole, fenchone and anethole which trigger the production of gastric enzymes and improving digestion. 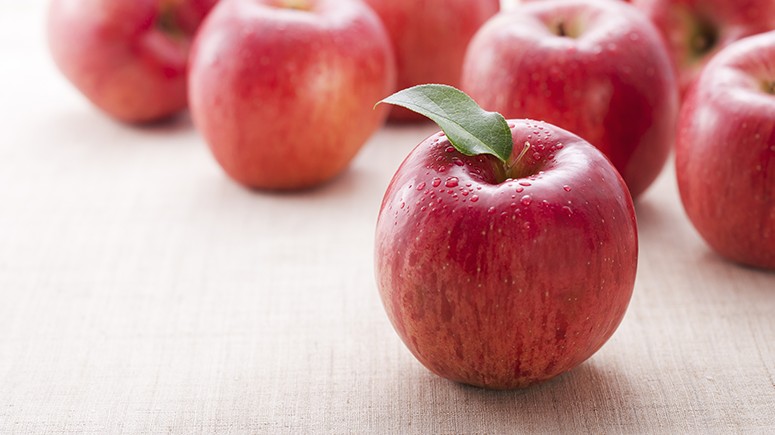 An apple a day keeps the doctor away. But guess what else it keeps away? Belly fat. That’s because apart from being full of fiber which boosts digestion and satiety, apples contain amylase inhibitors. These lower the absorption of sugar and consequently the risk of sugar spikes.

Superpower:  Apples are low in GI and high in phenols which help reduce visceral belly fat, in particular, and a speedier metabolization of all types of body fat, in general. 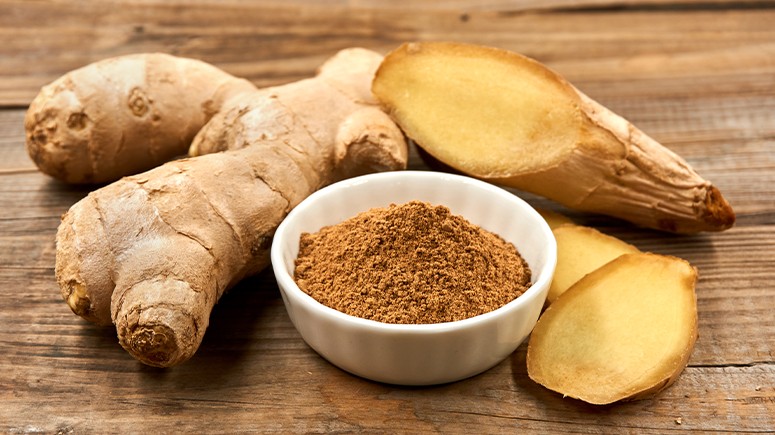 Most commonly known for its active role in treating inflammation, ginger is also quite effective when it comes to reducing belly fat and obtaining a flat stomach. Its power resides in the essential oils that help in balancing the production of insulin and cortisol levels, so as to burn fat instead of storing it.

Superpower: Ginger boosts your digestive system by triggering the production of stomach acids and flushing out harmful toxins. 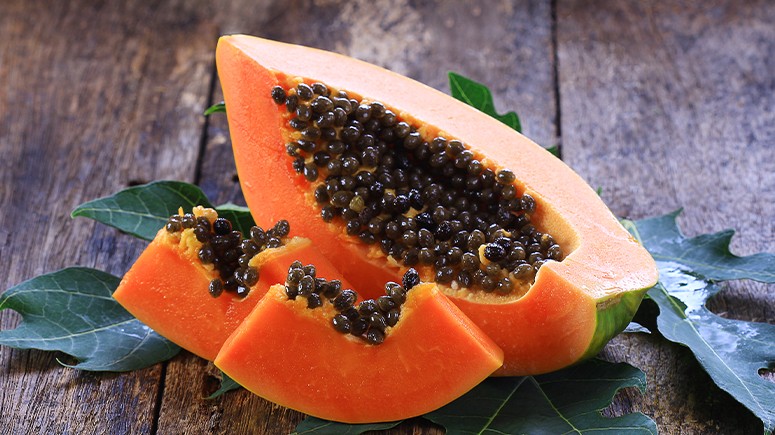 These soft and fleshy fruits are often left out from the slimming foods list but they’re definitely worth including into your diet. They have twice more vitamin C than oranges and a rich content of vitamins A, E and folate to cover your important nutritional needs while trying to lose belly fat.

Superpower: Papayas are also full of proteolytic enzymes, such as papain, that improve digestion, help remove toxins and clean the intestinal walls. A good digestive system boosts the metabolic rate, so it’s a win-win! 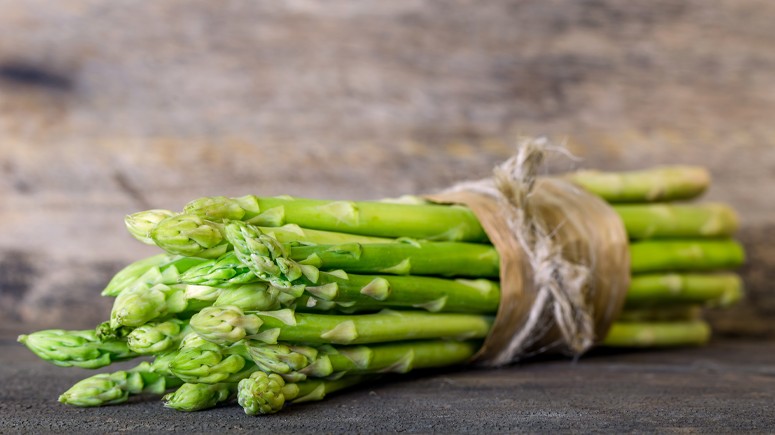 Asparagus is widely popular for its antioxidant and aphrodisiac properties. To top it off, it is also a very efficient promoter of a flat tummy. That’s because this super-healthy vegetable provides both soluble and insoluble fiber, keeping you fuller for hours. This means less calories in between meals.

Superpower: Asparagus includes inulin, a dietary fiber that keeps the digestive system in optimum conditions. It is also a source of asparagin, an amino acid that aids in reducing water retention and de-bloats your stomach.