For most Americans, a cup of coffee is a staple part of their diet. In fact, according to the National Coffee Association, 70 percent of people in the United States consume coffee at least once a week, while 62 percent can’t begin their day without it.

It’s not a secret that restaurants don’t exactly serve the healthiest coffee drinks in the world. Dunkin’s Butter Pecan Swirl Frozen Coffee, for instance, packs 1,160 calories and 168 grams of added sugar per 32-ounce large cup while each flavored pump at Starbucks packs in about 20 calories and five grams of sugar. More pumps, more sugar!

Unfortunately, even if you make your own coffee at home and add some flavor to it, it doesn’t mean it’s any healthier. That’s because most add-ins that we put in our morning brews such as sugar, cream, and sugar substitutes, are also packed with calories, mostly empty ones, and sugar, according to a Public Health study.

We’re not saying you should all take your coffee black, although it is the healthiest way to drink it, in moderation, of course; we’re saying you should pay more attention to what you’re adding to it. To help you out with that, we’ve made a list of 7 popular but unhealthy things that should never go with your coffee. Take a look and change your coffee routine for the better. And while you’re at it, check out these 9 Things That Happen to Your Body When You Stop Drinking Coffee. 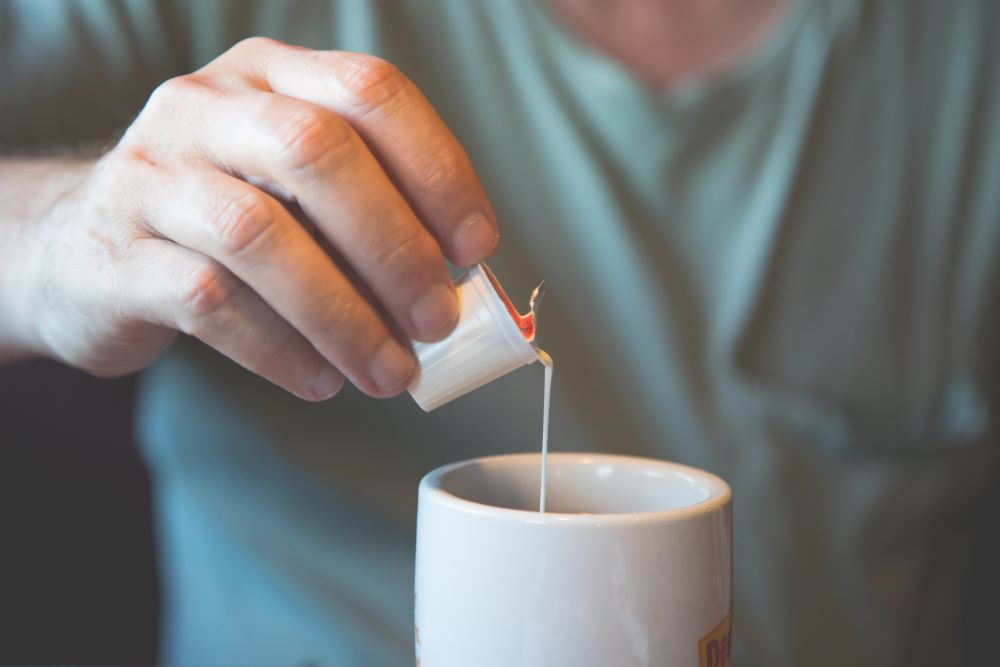 If you care for your health, you might want to say no to those convenient, room-temperature creamers. Why? Because they are packed with synthetic additives as preservatives, such as sodium phosphate. While certain additives like sodium phosphate are generally considered safe, you should not take them for granted.

Sodium phosphate’s association with heart problems, for instance, put him on the Dirty Dozen Guide to Food Additives list made by the Environmental Working Group. In addition, the Center for Science in the Public Interest (CSPI) also warned about the possible adverse effects of sodium phosphate consumption, explaining that “most people consume far more phosphorus than they need, which may have adverse effects on kidney, bone, and cardiovascular health, especially for people suffering from kidney disease.” 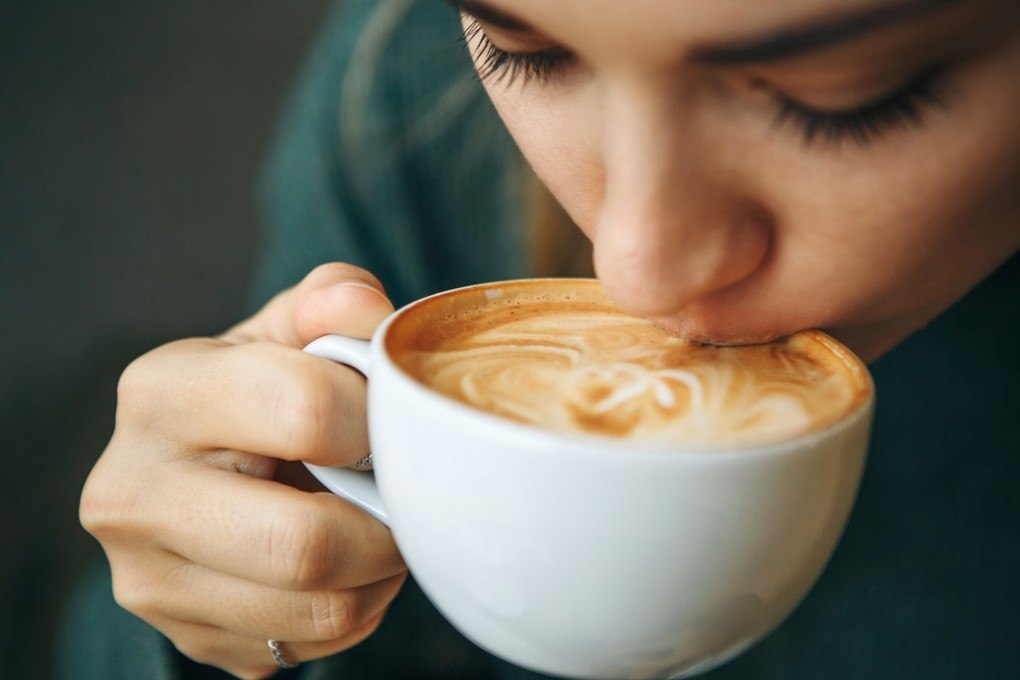 Most of us are aware that coffee additives bring their own team of extra, empty calories to the table. So, to make things right but also drink out coffee sweet, we resort to zero-calorie artificial sweeteners. It’s a win-win, right? Wrong. 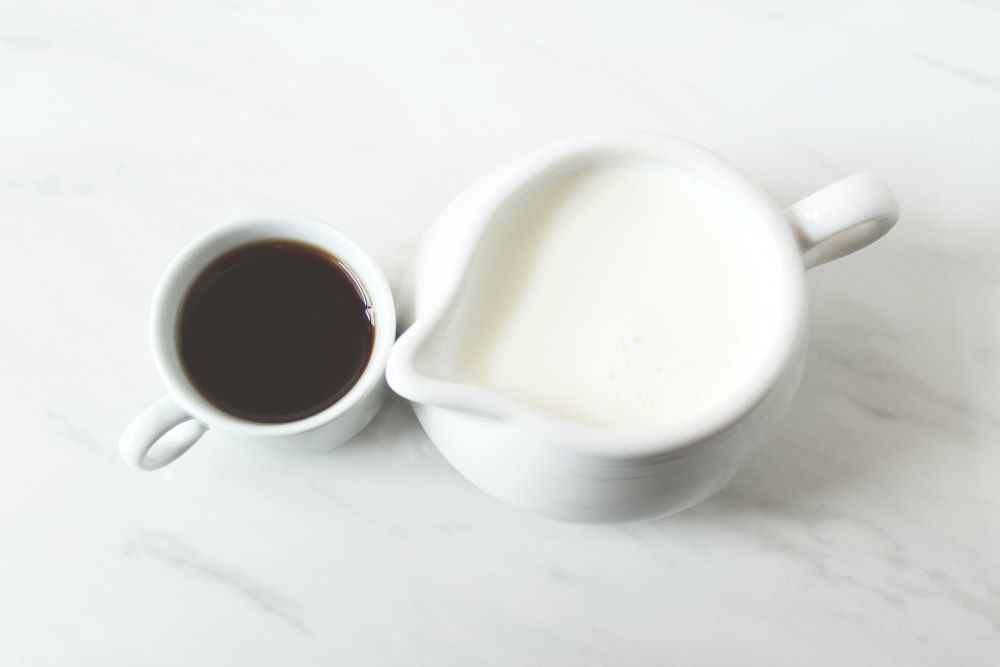 Not to be confused with real milk, cream or something in between. We are talking about that flavored liquid or granular substance meant to substitute milk or cream.

Most of them are already sweetened, so there’s no need to add any sugar to your coffee. The trouble is that they are packed with sugar, each tablespoon includes around 5 grams of the white stuff, which means three tablespoons of creamer are a real health hazard. Not to mention they include additives that can be downright dangerous, from raising your bad cholesterol levels to causing serious digestive issues. Are you sure you want to keep adding that stuff to your coffee? 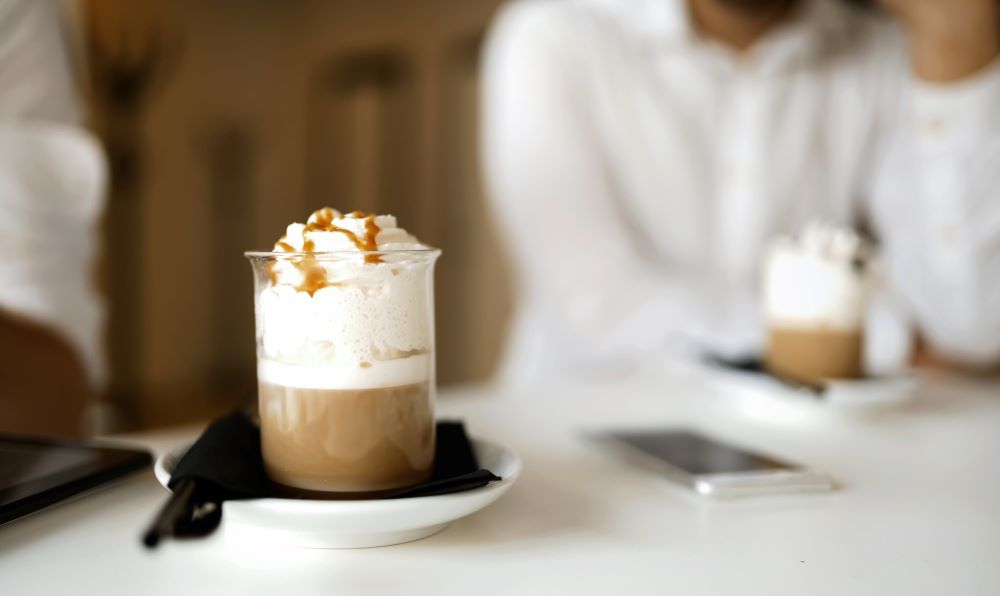 Why do things that taste so good have to be dangerous to our health? Take flavored syrups, for example. They can really change the taste of your morning cup of joe, making it taste delicious and much more enjoyable. But if you read the nutritional information for any type of flavored syrups, you might change your mind. 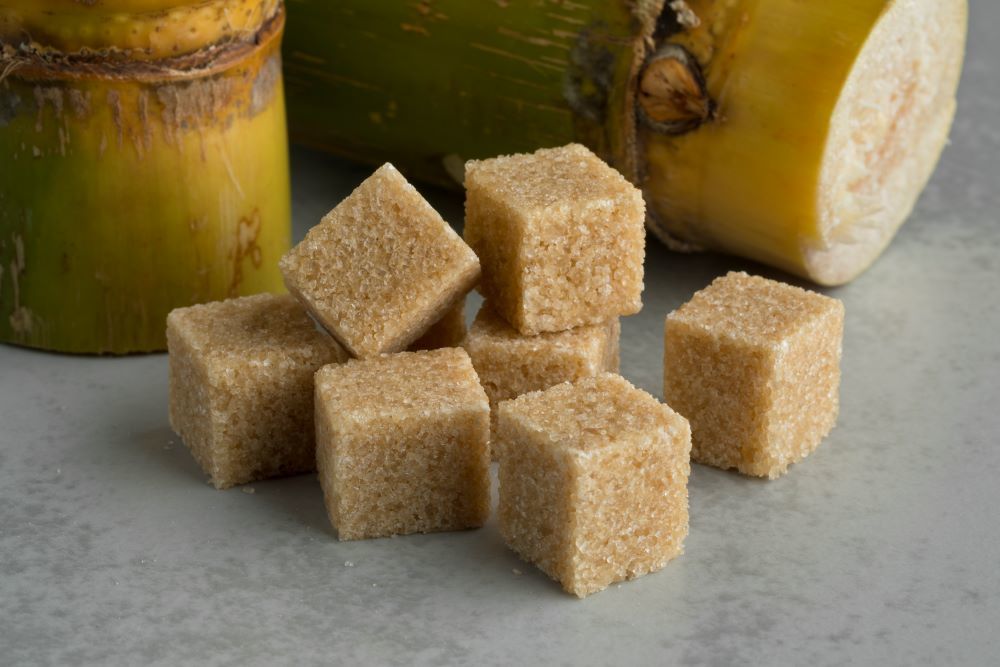 Cane sugar is often seen as a healthy alternative to regular sugar, but just like with real sugar, Americans are exaggerating its consumption. Cane sugar overconsumption can lead to weight gain and obesity, and may promote the development of various chronic conditions, including diabetes and heart disease. Bottom line: Moderation is key!

See also 12 Misleading Foods You Should AVOID at All Costs!

The keto diet has become quite popular among American dieters in recent years, but just because it is a fat-friendly diet and can get you rid of those unwanted pounds, it doesn’t mean that everything with a keto label is good for your health.

A very good example would be oil-based keto creamers. Some are put in the keto category because they are low in carbs and sugar but their fat content goes unnoticed. Bad move, because one tablespoon serving of coffee booster could pack around 120 calories and 10 grams of saturated fat. This is the equivalent of 50 percent of your daily saturated fat limit. Not exactly weight and health-friendly, is it?

Find out everything you need to know about The Keto Diet Credo: Answer to Your Prayers or Nutrition Nightmare? 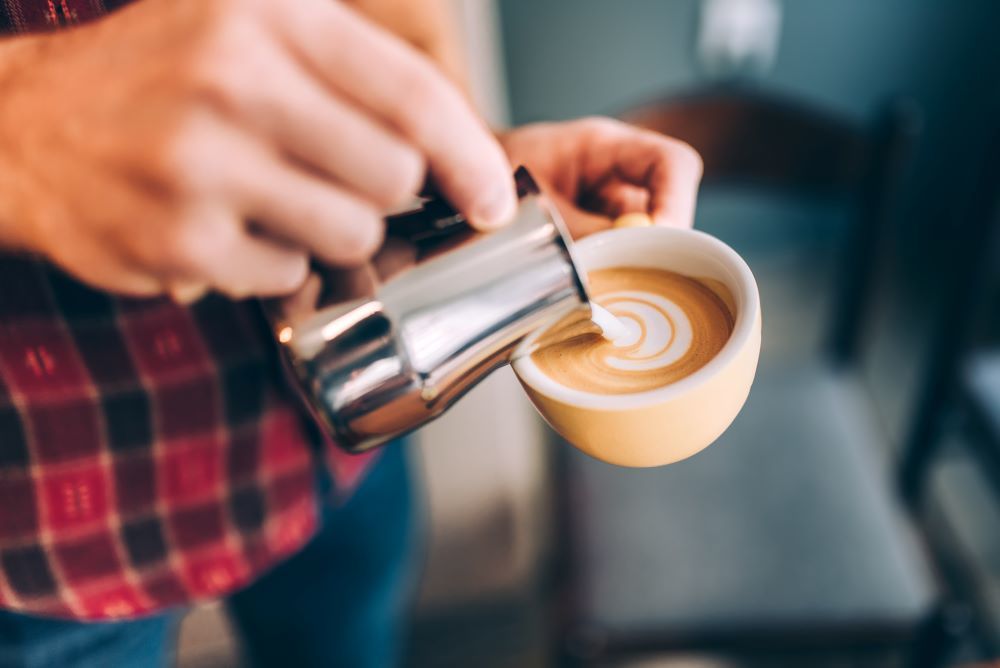 Condensed milk is used in many food recipes, not to mention in beverages such as coffee and tea, due to its luscious texture and sweetened taste. Unfortunately, it is also one of the unhealthiest things you could be adding to your daily cup of joe.

Two seemingly innocent tablespoons of sweetened condensed milk pack 22 grams of sugar and 130 calories, almost the same sugar content as a Hershey’s chocolate bar. But with Hershey, at least you know what you’re getting. Rather than adding condensed milk to your morning brew, opt for a sugar-free, added milk alternative such as almond milk. And while you’re at it, check out these 10 Not-So-Sweet Ways Sugar Can Affect Your Health.